Utterly, utterly predictable, and all the more depressing because of it. 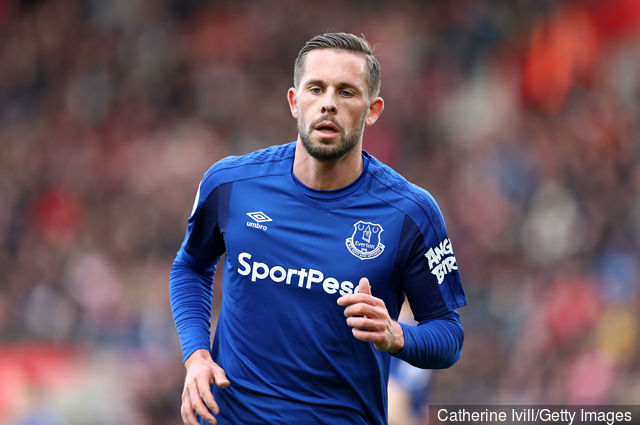 When the media focus on the ‘West Ham never win at Goodison’ narrative, then you know almost for certain that we won’t win. A draw perhaps. Oh. A defeat. And apart from about 2 minutes either side of half time (yes, really), we never looked like bossing a game in which the previously hapless West Ham dominated throughout. Only a Niasse or Tosun goal could have changed the dynamic, but both contrived to fluff their lines.

We need to talk about Cenk Tosun. He’s in that trough-of-despair reserved only for Forwards throughout the world, and obviously Everton defenders too, when things aren’t going their way. Three gilt edged chances came and went for the Turkish International (just remember that before you bin him), a header that needed to be hit with a bit more power back where the cross had come from, a stumble of legs with Sigurdsson that led to Cenk scuffing a harmless shot from the edge of the box, and that odd chance when seemingly obviously offside, except the ‘through ball’ was from a West Ham player. All three would be buried by a striker in form and high on confidence, and that striker isn’t Tosun right now. I think he’s a good lad, clearly very popular with team mates, and whilst the goals have dried up, I was at least prepared to cut him some slack for his effort and movement off the ball; until Sunday. What worried me was how his low self esteem seemed to affect his ability to find space, and he didn’t create the gaps for other forwards to move in to. I’m absolutely not convinced that putting Richarlison up top is the answer, but suspect that Silva may grab that straw at the Emirates on Sunday. I think from what I’ve seen (not a lot), the tricky Brazilian (not a phrase I ever thought I’d type in a football context) seems better suited to come in offa wing rather than feed off the scraps an Everton midfield devoid of drive and finesse would probably offer up. The Tosun run should probably continue, and we can speculate as to whether a jammy goal off his knee would transform him (he looks more of a 10 goal a season man right now, not 20+), and assuming it doesn’t, Silva is going to have to earn his corn in how he shuffles this pack of Jokers to produce performances and goals.

Maybe a pairing that includes Bernard might be the answer. He was very impressive for a first spin out in the PL, so let’s keep fingers crossed on that one. It may just be he confuses the oppo who assume he’s just another ball boy running up and down.

Everton, cutting to the chase, were awful.

I’m not sure I’ve seen as many misplaced passes in a game, although we’ve seen plenty like that over recent years. I’m not worried – yet – because we’ve lost one game so far this season; we’ve got players missing that should be a backbone of our first pick XI; we had in Schneiderlin a man deep in grief but still put his body out there even if his mind was understandably elsewhere after the recent loss of his Father; and we had Pickford, who continues his trend of making at least one enormous cock up in every game. I’ve said it before, and I say it again, he came back too early, and he looks knackered, physically and emotionally.

It is very hard to find positives at the moment. Digne is certainly one of them, defending stoutly, moving forward intelligently, and crossing with both feet in to the danger area. He’s also made a hit of himself off the pitch in our Community engagement, so he clearly gets the Club. That, at least, is one position we needn’t worry too much about, especially with Baines in reserve, although hopefully he’s not seizing up with his inactivity. Zouma was strong but caught out by a ball or two over the top, given his speed at turning is about as quick as a Super Tanker. Holgate had a dreadful game, and Kenny was better, and will improve now he’s on the pitch. Walcott stank the gaff out, DCL made a passable impression of a brick wall with all the attendant adhesive qualities. Gueye was a real Curate’s Egg, when he was good he was excellent, when he was bad, he was really bad. Just a reminder Everton – by and large, we play in BLUE SHIRTS, so try passing it to one of your own.

Don’t press the panic button yet, but rightly feel concerned. Even if you press the panic button, what would you expect to happen? A 30 goal striker arrive out of contract? Mina suddenly match fit? Gomes turn up with his boots laced? Not gonna happen. We have a very capably squad, and the Manager now has to sort it out, and the players likewise!