I’m half tempted to simply cut and paste the blog from our 2-5 home defeat by this same opposition. That farce at home was the trigger to a change in Manager. It’s conceivable that Allardyce’s fate was similarly sealed after yesterday, although maybe not immediately. 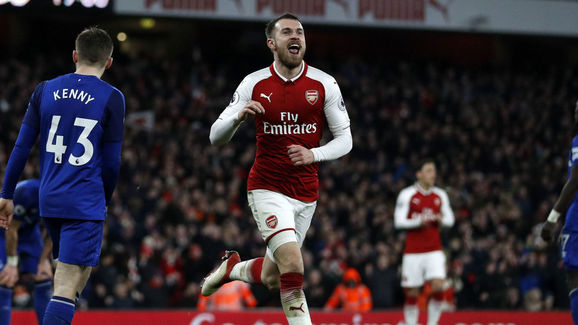 After a heartening win and improved performance, the moderate high post Leicester was followed, as night follows day, by the depressing low of a capitulation at the Emirates after barely 5 minutes. I’d predicted a 5-0 thrashing, but frankly didn’t expect it to be 4-0 at half time. How embarrassing to be an Evertonian today after that omni-shambles of a shower of……well, you know.

I don’t need to make your pain and humiliation even worse by dwelling on any aspect of what laughingly was called a football “match”, because the only match was hopefully the one lit to set fire to a number of players’ contracts after that capitulation.

What I’ll say is:

Appalling selection. Why are we leaving our two best players on the bench, plus a striker we bought for £27m to solve our striker problems, and instead play the guys who weren’t up to the job before? Why does a barely fit Mangala get straight in the squad, let alone in to the team? How much chance has he had to build any kind of rapport with his fellow defenders? Why is Schneiderlin even allowed on the team bus? Are we developing Davies or wrecking his career? Why oh why is Williams still playing? Pick Kenny (or Coleman when well), Keane, Holgate (our best medium and long term combination) and if you have to have Martina, then so be it. If you need two DMs, pick Baningime alongside Gueye, or use Davies that way, or perhaps the same combination that worked reasonably well against Leicester. Give it a chance to develop, not chop and change so often.

Appalling tactics. Three at the back including one complete stranger, and a wealth of space results on either flank as two full backs are cruelly exposed too far up the pitch. A manager with ‘balls’ would have changed things after 12 minutes, but why not wait until half time eh? Let’s copy what Swansea did? Or why not, “let’s play like we did against Leicester” given that’s us, not some south Wales outfit.

Appalling attitude. I said after Wednesday that I detected some negative body language with Allardyce, and that was evident again even before kick off, let alone as the game progressed. Add to that, the sloppiest defending I’ve ever seen from Williams and no obvious attempt to change it (or him), and don’t even get me started on Schneiderlin. If we are going to splash the cash on players, great, but get ones with the right attitude, ones that’ll run through brick walls (familiar refrain?) as well as having the talent. In Niasse, we have a class act. He’s not very good sadly, but he exhibits the right attitude and effort, as well as showing genuine concern for fellow human beings. He’s still n my Christmas Card list, very few others remain there. Accept defeat was likely to come, and save ourselves for Crystal Palace? Well, Allardyce, that’s naive beyond belief. You may well be sitting on a contract that pays you more for Premiership survival than any foundations for the future, and if you are, get out of the Club whilst you have a shred of decency left in your ego-inflated body; doing it for the money? You bet he is. Does he care about Everton? No. Am I super-emotional to wish for a manager that loves Everton as well as one that gets it to perform? Quite possibly. I’ve always said I want the best possible coach first and foremost, and any past association with Everton is a bonus; but we haven’t got either with this bloke.

I’ve said it before when Allardyce arrived. I don’t rate him, never have. Big Sham if you ask me, and after Arsenal, we can take it further: Big Shambolic.

Get out of our Club sooner rather than later, and take Walsh and the mercenaries with you. I want players that will bleed blue and leave everything on the pitch. I reckon some of yesterday’s team could have played another 90 minutes straight after that performance; get me players to get me to the end of the season:

That squad can secure safety, then rebuild – again.

One thought on “Obstructed View – Reflections on the Arsenal (A) Game”