Everton’s interest in Gylfi Sigurdsson has been well documented throughout this current transfer window and many Evertonians are frustrated by the snail-like pace at which the deal is moving. We appear to have entered into showdown between Swansea and Everton whereby Swansea are holding out for their £50 million valuation of the player and Everton are trying to claim him Swansea’s prize asset for a slightly lower price.

Whilst a deal grows ever closer, Evertonians are asking themselves whether Gylfi is worth the price tag placed on him in the current market or if the money could be better used elsewhere on a cheaper alternative. 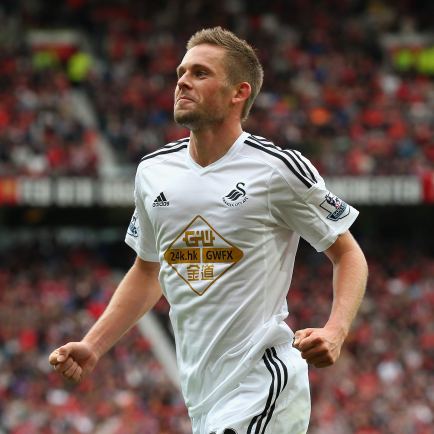 Sigurdsson had a superb campaign last season leaving him with 9 goals and 13 assists in a Swansea side that just escaped relegation. The only players to assist more than him in the Premier League last season were Christian Eriksen and Kevin De Bruyne- two very highly acclaimed players whose valuations in this current market are likely to be close to the £100 million mark.

Furthermore, Sigurdsson signifies the Ronald Koeman revolution- Koeman likes industrious players in his midfield, players that will not give up when dispossessed and will continue to work for the full 90 minutes and Sigurdsson provides this. Last season he covered 433 Kilometres in total, one of the largest distances covered by a player in the Premier League and with our Europa League campaign ensuing, having a player who can cope with those demands is essential.

Having said all of this Sigurdsson does require a striker to provide the chances to, 8 of Gylfi’s 13 assists last season came from set-pieces which put him alongside Toni Kroos at the pinnacle of European footballing set piece assisters. At Swansea, he has Fernando Llorente to provide these pin-point deliveries to, here at Everton, since losing Lukaku we still lack a true target man who can convert these Sigurdsson set pieces into goals.

If Koeman can obtain a reliable strong target man before the transfer window shuts then Sigurdsson should be snapped up and the deal should be completed, however if we do not buy a striker by 1st September then the Sigurdsson deal does seem like a gamble.

View all posts by Jack