It has been a quiet first two weeks for Ronald Koeman, but if the rumour mill is to be believed the next few weeks are set to deliver a plethora of new arrivals. We have taken a look at a few of the names linked to Everton so far this summer and given our opinion on whether a transfer to Goodison Park is likely to materialise.

Maarten Stekelenburg
The Fulham and Holland goalkeeper has spent the last two season’s out on loan, including the last 12 months with Ronald Koeman at Southampton. The former Ajax man is likely to provide back up to a new number one keeper, putting the future of Joel Robles in serious doubt. This one looks likely to happen. A player Koeman knows and trusts and is available for as little as £1million. 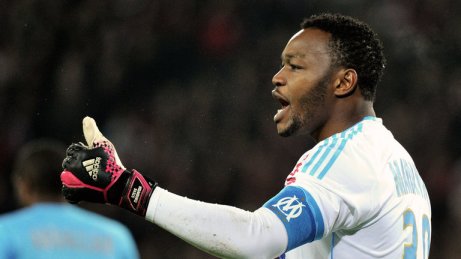 Another goalkeeper, the Marseille stopper is currently at the Euros providing backup to Tottenham keeper Hugo Lloris. Mandanda is highly rated in his homeland and has been voted into the French top flights team of the year for the last two seasons. Available on a free transfer, reports in France suggest Everton have opened talks with the players representatives and have put a three year deal on the table. Certainly a possible replacement for the departed Tim Howard.

Juan Mata
The Manchester United playmaker missed out on the Spanish squad for this summers European Championship and is said to be available following the arrival of Jose Mourinho at Old Trafford. Mata was deemed surplus to requirements at Chelsea when Mourinho returned from Real Madrid and the former Valencia man looks set for a summer transfer. Moshiri is looking to make a couple of high profile signings to kick start his reign and Mata would certainly fit the bill.

Nani
The former Manchester United winger is looking to leave Fenerbahce after just one season in Turkey. Everton have been heavily linked but it would appear that the Portuguese flyer has chosen a move to Valencia with the Spanish side happy to activate his £7million release clause.

Morgan Schneiderlin
The former Southampton midfielder has been heavily linked with a move to Goodison and the opportunity to work with Ronald Koeman once again. The French international had a mixed first season at Old Trafford and with Mourinho looking to make several midfield signings he looks set for the exit door. The transfer fee would be in the region of £24million, a figure which Everton would be happy to pay in this new era.

Wesley Sneijder
The Dutch maestro is looking for an opportunity to leave Galatasaray and Koeman has been linked with a move for his fellow countryman. At the back end of his career, Sneijder is past his best but could still offer some much needed creativity to the Everton midfield.

Axel Witzel
The Belgium midfield enforcer would be an excellent signing but the Blues are likely to face significant competition for his signature should he be made available by current club Zenit St Petersburg. The 27 year old is in the prime of his career and would relish a move to the Premier League.

Kamil Grosicki
The Polish winger is currently enjoying a good European Championship and according to the Liverpool Echo has long been admired by Ronald Koeman. Available for approximately £11million the Rennes winger can play on either flank and would add much needed pace to Everton’s attack.

Kevin Strootman
Another Dutch player who is well known to the new Everton manager. The Roma midfielder has endured a miserable couple of years in the Italian capital struggling with repeated knee injuries. He would still command a transfer fee of over £20million and would represent a significant risk due to his injury record.