After a difficult start to his loan spell at Championship side Fulham, Luke Garbutt is beginning to shine and rounded off several strong recent performances with a very well taken goal from 20 yards in the weekend’s 2-2 draw with Bolton Wanderers. 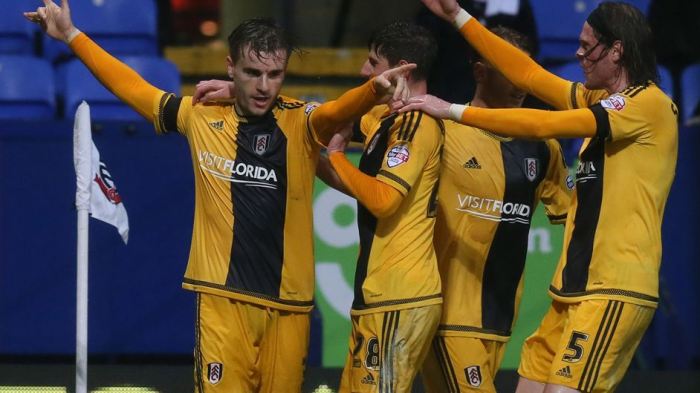 The Everton full back is spending the entire season in London as he looks to build on his existing first team experience, which includes previous spells on loan at Cheltenham and Colchester. The former Leeds United youngster signed a five year contract at Goodison in the summer, but was always looking to spend the next 12 months away from the shadow of Leighton Baines. After enduring a difficult start to the season, when he picked up an ankle ligament injury and then found his route to the team blocked by another loanee, James Husband of Middlesbrough, Garbutt is now enjoying a run of games in a left wing position.

This advanced position allows Garbutt to join in with Fulham’s attacking play which he did to great affect during the weekend draw with Bolton. Garbutt latched on to a clever back heel from Ross McCormack before firing a powerful shot into the corner of the net.

We caught up with Fulham fan James Cole to gauge their view.

“We were beginning to wonder what the fuss was all about. After he recovered from injury he couldn’t force his way into a struggling side, but since the change in management he has made a big impact, especially going forward. His set piece delivery has been excellent and his goal was very well taken, although we should have buried Bolton before half time. We were guilty of missing chances and Garbutt himself had another good long range effort where he was unlucky not to add to his other goal”.