In just over an hours time Everton take on Dundee in the final game of their mini tour of Scotland. The Blues certainly enjoyed the weekend victory over Hearts and a focused squad move on to Dens Park to take on last season’s 6th best side in Scotland. 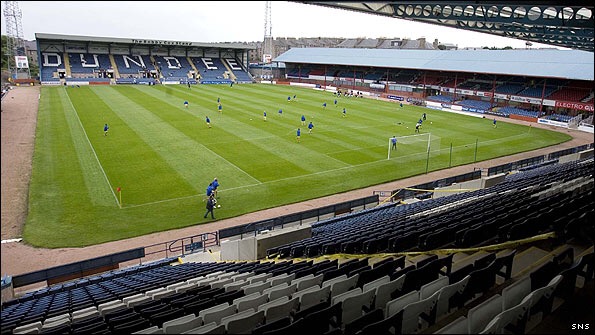 There has been a noticeable change in preparation this summer, not only to last year but for many recent years gone by. Gone have the regular pre-season gimmicks and videos that adorned the official Everton website through the summer and instead we have a squad concentrated on football and the season ahead. Roberto Martinez has promised to give further minutes to some of the clubs young prospects but expect to see a team full of first team players take to the pitch for the kick off.

Links between the clubs are few and far between however Jimmy Gabriel represented both sides with great distinction in the late 1950s early 60s. Gabriel was a combative midfield player who won both the league Championship and FA Cup during his time at Goodison Park. He later became caretaker manager on two occasions, firstly following the dismissal of Colin Harvey in 1990 followed by a seven game spell in late 1992, early 1993 after Howard Kendall resigned his post. For a middle aged generation of Everton fans Gabriel will be remembered for failing to win any of his seven games in charge during his second spell as a Caretaker, drawing one and losing the other six as a poor Everton side tumbled towards the foot of the table.