Everton got their pre-season off to a near perfect start with a 4-0 thrashing of League One Swindon Town. Of course there will be sterner tests to come, however Roberto Martinez’ Blues dismissed their opponents with a ruthless efficiency. 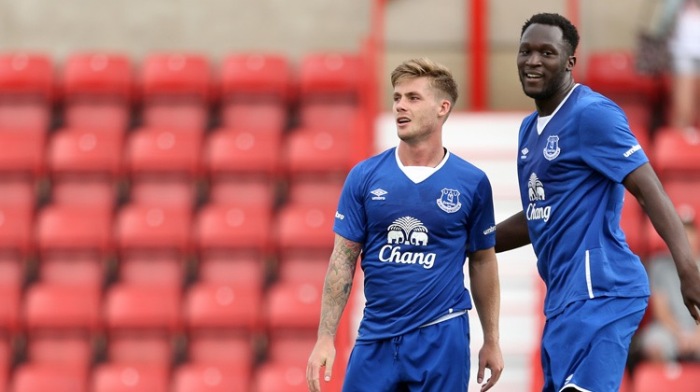 If the scoreline was pleasing, it was the performance of two youngsters who stole the show. Brendan Galloway, who impressed at the end of last season was in imperious form, especially in the opening ’43’ minutes, with several surging runs forward from the left back position pushing Everton forward. The second half belonged to Conor McAleny, who at 22 years and 11 months old, is firmly in the last chance saloon at Everton. The academy graduate buzzed around the pitch with supreme confidence and a determination to take advantage of his pre-season opportunity. He not only set up Everton’s first three goals, he finished the scoring with a crisp finish into the bottom corner of the Swindon net.

There were many other positives to take from the run out, Gerard Deulofeu looked lively in the first half and Kevin Mirallas looked eager to impress and force his way back into the managers plans. Others didn’t play as well, Seamus Coleman in particular struggled (not a concern at this stage) and Aruona Kone lacked a sharpness in attack. The biggest blow came early in the second half with Mo Besic limping off the field with a minor injury.

The crowd had to wait until after half time for the goals, but the first opened the floodgates and in truth Everton could have easily scored more.

The Blues first owed much to the vision of Conor McAleny, he surged forward holding off two before slipping a ball through the defence to set Mirallas through on goal. The Belgium effortlessly took it around the goalkeeper before slotting into an empty next.

McAleny played a huge part in the second, using his pace and tricky to skip past a Swindon defender before slipping the ball into the path of Lukaku who squared for his Belgium teammate Mirallas who again rounded the keeper before scoring in an empty net.

Everton added a third late in the game with Leon Osman releasing McAleny down the right and the Whiston born academy graduate was able to pull the ball back to the edge of the area for  Lukaku to steer into the corner of the Swindon net.

There was still time for Everton to score a forth. Lukaku latched onto a loose pass from a Swindon defender and selflessly laid a perfect ball on for McAleny who fired into the bottom corner. The goal was well deserved as were the plaudits and the man of the match award.

Everton move on to Singapore now and tricky fixture against Stoke City.