Alex Jones is back with his player ratings for the ultimately disappointing performance against West Brom. One player who clearly upset Alex is Romelu Lukaku, with the big Belgium coming in for a little bit of criticism. Do you agree, or will the Blues and Lukaku bounce back over the next fortnight with big games in the FA Cup and the Premier League? 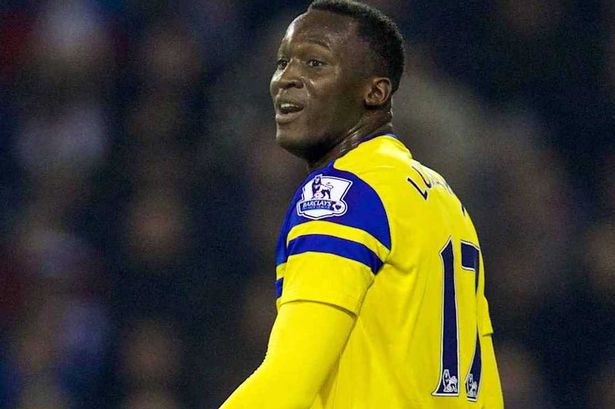 Didn’t have much to do throughout the game, made a few relatively good saves, however i thought he could have done more to save the goal, I don’t  think a keeper should ever really be beaten at his front post, regardless of how good the header is.

Attacked the box once or twice but none of his attacks really amounted to much. Defensively was ok, however because the whole team had a bad game there wasn’t much Seamus could do. I really hope we have him back for the derby.

For me Anelka was controlling the game. It doesn’t take a genius to realise he has no pace so surely the game plan should have been to close him down as soon as he received the ball? He was receiving the ball under little or no pressure so could hold the ball up and wait for the pass.

Very similar to Jagielka, he should have been closing down Anelka but wasn’t and partly at fault for the equaliser.

Did well defensively and on several occasions attacked well, I think he was playing in some good crosses but Lukaku didn’t look interested.

I felt sorry for Bryan as it seemed like he was playing out of position just so McGeady could come on for a half. He did nothing wrong and defended very well but he just isn’t a midfielder.

Looked a bit tired but at times was controlling the midfield. He’s very fast over 3 or 4 yards so was able to take a player on and feed the wingers and striker.

Was one of our better players in my opinion but unfortunately his lack of pace did show him up a few times. He was the only midfielder that was willing to receive the ball under any form or pressure, our best player for this is Pienaar and I think it has been evident that we have missed him over the past few weeks.

Was in my opinion our best player, he looked the most dangerous, every time he picked the ball up he ran at a defender and on most occasions successfully took it past them. He also finished his goal very well.

Didn’t look interested at any point in the game. Didn’t close down the defenders at all and didn’t challenge for any headers. He has came out today and said the reason for his lack of goals is the way Martinez is playing him, do you agree? I think bringing in Traore would give him some well needed competition. He knows that at the moment no matter how poorly he plays he will always be first choice and this isn’t good especially for a young player.

Some nice touches and looked to be incisive, but wasn’t really on the pitch long enough to have a substantial impact.