I was once told Harry Catterick made two big mistakes as Everton manager, his first mistake was the decision to sell Bobby Collins to Leeds United, a decision reached within a year of taking the Everton hot seat. 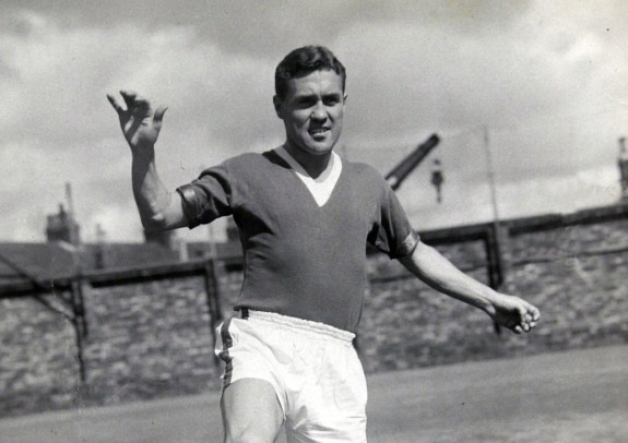 It is always sad to hear of the death of an ex-Everton player, especially one who had served the club with such distinction. 48 goals in 147 games, a record of a goal every three games, would stand comparison with some of the game’s greatest forwards. The record is all the more impressive when you consider that Collins was not a striker, but an inside forward (attacking midfield player) with a tremendous shot and an immaculate eye for goal.

I am too young to have seen Bobby Collins play, but I have heard many stories describe what a fantastic player he was. Standing at just 5ft 4inches tall, Collins was a diminutive player, who made up for a lack of height with a ferocious appetite for a battle and was not afraid to take part in a physical confrontation with opponents much bigger than he was. The Everton Player by Player guide written by Ivan Ponting and published in 1992 brilliantly illustrates what Collins had to offer.

“He loved the ball and he demanded it, using it to pick out colleagues in dangerous positions with astonishing accuracy; when possession was lost he took it as a personal insult and he fought to win it back, hurling his compact frame into tackles with a demonic aggression that made giants shudder. He was quick, too, his control was impeccable, and he carried a searing shot that produced a goal tally to shame many an out-and-out striker.”

Collins formed a formidable partnership with Alex Young and Roy Vernon, but when Harry Catterick was appointed Everton manager at the end of the 1960-61 season, Collins’ was on borrowed time at Everton. Within 12 months Collins was transferred to Leeds United. At the time the Scot had recently passed his 31st Birthday and Catterick was of the opinion his best days were behind him. How wrong he was!!!

Collins went on to become a Leeds United legend. He was the central figure in lifting the club out of the second division and then took them agonisingly close to a league and cup double in 1965 (Leeds finished level of points with Champions, Manchester United but lost out on goal average, and lost to Liverpool in the FA Cup Final). Despite the agony of finishing runners-up in two competitions, Collins received personal recognition as he was named the Football writers player of the year.

Evertonians often winced as Collins defied his age to become the best player in the league. The story goes that it could have been much worse, as Bill Shankly, already in charge of Liverpool at the time made a last-minute approach to sign Collins. Whether the loyal Scot would have considered the move we will never know, but fortunately the transfer to Leeds had already progressed too far and the former Celtic man completed his move to Elland Road where he went on to establish himself as one of the games great players.

Despite leading Everton to two league titles, it must have irked Catterick to see Bobby Collins prove him wrong. The sale of Collins was one of two mistakes…the other, the sale of the greatest of them all, the little curly Alan Ball.