Everton are continuing their pursuit of former Liverpool trainee Tom Ince, with Roberto Martinez expected to meet with Ince and his advisors later this week. Ince is out of contract in the summer and therefore the transfer would appear relatively straight forward, however as Ince is still under 23 years of age (he will be 22 on 30th January 2014) Everton will be required to pay Blackpool a compensation fee, based on their training costs. 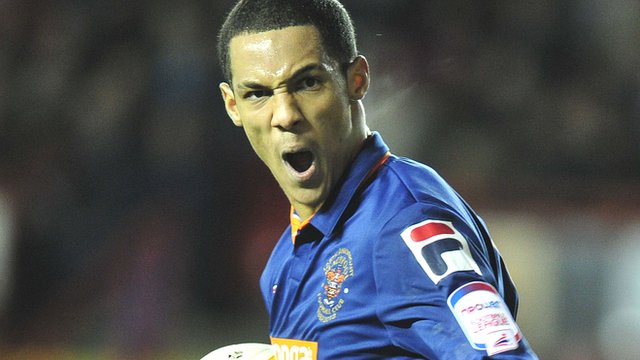 This has caused some debate on Twitter and the various Everton forums, with a number of readers surprised that Blackpool are due any compensation, especially when consideration is taken for the fact that the Seasiders signed Ince, then aged 19, directly from the Liverpool Academy and therefore had little involvement in his youth development. However FIFA’s transfer regulations are quite clear on the matter:

Training compensation shall be paid to a player’s training club(s): (1) when a player signs his ﬁrst contract as a professional, and (2) each time a professional is transferred until the end of the season of his 23rd birthday. The obligation to pay training compensation arises whether the transfer takes place during or at the end of the player’s contract. FIFA Regulations on the Status and Transfer of Players

So if Everton are successful in convincing Ince to sign for the club, how much will they have to pay for Blackpool for his services? The clubs will in the first instance try and agree on a compensation figure. It is unlikely however that the two clubs will agree on a set price, with Blackpool valuing Ince at £8m in the summer, a fee that Cardiff City were all too happy to pay, only for Ince to turn down the proposed transfer. If in all likelihood the clubs fail to agree on a price, the compensation fee will be set by an independent tribunal.

That tribunal will consider a number of factors, but despite Ince playing for England u21s, Blackpool’s status as a Championship club will lower the price they can expect to receive. Each national association fixes the rates payable for a player depending on their status as a player. The club is compensated depending upon the division which they are in. For example, a Premiership club which has trained and developed a player who then moves on will receive more compensation than a League Two club in the same circumstances.

The fixed rate is then multiplied by the number of years the player has been training with the club between their 12th and 21st birthday. This is however further complicated for players who have transferred between clubs prior to their 21st birthday. If a player leaves a club at age 19 and then goes on to leave the second club before their 23rd birthday the second club is still eligible for a transfer fee with some of the training costs of the first club taken into account when setting the compensation fee. Confused? Most people are!!!

The tribunal should not consider factors such as comparable transfer fees for a similar player, the future prospects of that player, or previous compensation agreements between clubs. The compensation fee should be set in line with FIFA regulations using the national associations fixed rates. However, previous compensation fees are a useful comparison. Junior Hoilett who left Blackburn Rovers to join Queens Park Rangers in the summer of 2012 did so at a cost of £4m. That fee was agreed between the clubs without the need for a tribunal, but provides a good indication of what a club can expect to receive for a Premier League player. There are very few, if any, examples a Championship player, as experienced as Ince, leaving under the same circumstances. It would therefore be a first time the system has been tested, but it would be a huge surprise if the fee was set above £3m.