Recent transfer reports have heavily linked Everton with a move for new Belgium striking sensation Michy Batshuayi. The Standard Liege striker has already bagged 14 league goals in 18 starts this season and is making a late push for the Belgium World Cup squad which will travel to Brazil as one of the favourites. 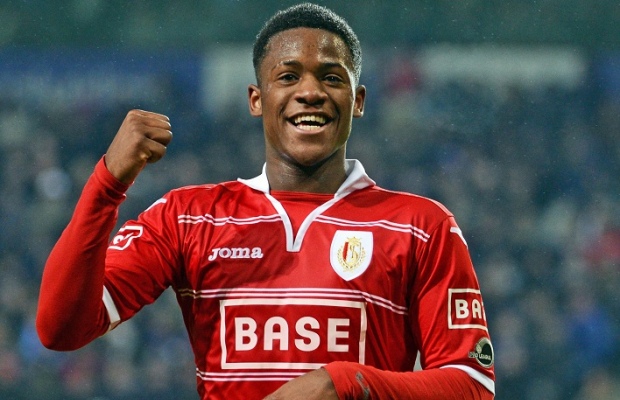 At only 20 years old, Batshuayi appears to have a tremendous future in the game and has attracted significant interest from across Europe. In England, Arsenal are also rumoured to be interested, but Martinez is hopeful that Everton’s commitment to young players will sway the opinion of the young striker in the direction of Goodison Park.

A quick and powerful player, Batshuayi appears to be a direct replacement for current Loanee, Romalu Lukaku. Batshuayi has endured a more difficult career to date that Lukaku, but would now appear to have put his youthful indiscretions, that led to the end of his career at first club Anderlecht, behind him and is making full use of his natural attributes. At just over 6ft tall he is not as tall as Lukaku but is more nimble and quick, especially over the first 10 metres.

A transfer fee in the region of £8 million has been mooted, which would appear to fall within Everton’s grasp. Standard Liege have indicated an unwillingness to let their prized asset leave midway through the season, especially as they push for the Jupiler Pro League title. They currently sit top, four points clear of main rivals Anderlecht, and have their eyes firmly set on a return to the Champions League after a six-year absence.

The customary YouTube video highlights all of Michy Batshuayi many qualities (as they all do), but do you think he is good enough to lead the Everton attack? Should Roberto Martinez commit £8 million on a young unproven centre forward or should he go for experience?