The win over Fulham last Saturday, Everton’s eighths of the season, lifted the Blues temporarily into the top four, but more importantly put Roberto Martinez’ ever improving Everton only four points off top of the table Arsenal. With all the clubs above the Blues facing a difficult Christmas period, that gap could close still further and the previously throw away comments suggesting Everton as potential title contenders are now been taken seriously. 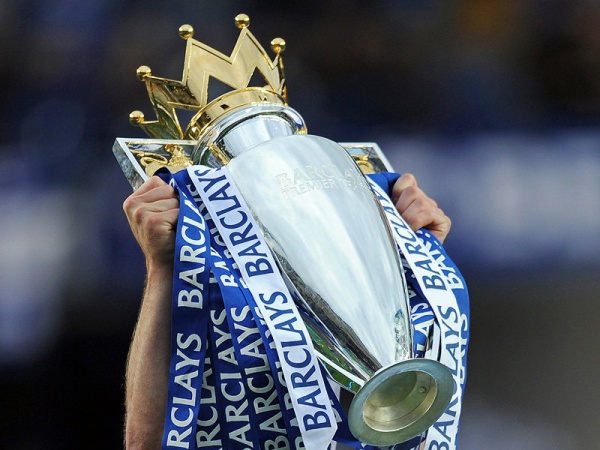 But can Everton really win the league? Despite the massive strides made by Roberto Martinez in the opening five months of his tenure in charge, the Blues still have relatively low squad numbers. The clubs budget is dwarfed by the other contenders, with even Southampton and Newcastle spending significantly more than Everton over the last 24 months and can a club with little recent pedigree in winning trophies, really just turn up and win the biggest prize of them all?

The opinion, in this crazy season, where anyone seems able to beat anyone (apart from Everton who have remained consistent throughout the campaign) is why not. Why can’t Everton win their 10th Championship!? With only one defeat in the first sixteen league matches of the season, the Blues have lost at least two fewer games than any other side in England’s top division. The Blues have a fantastic home record and with just two home matches left in the calendar year are unbeaten in the league at Goodison Park in 2013. In fact, Everton have only lost one league match at Goodison Park in the last 31 fixtures, with Chelsea the only team to emerge victorious in over 21 months.

It is often argued that to win the league you need a centre forward capable of scoring at least twenty league goals a season. After searching for a potent striker throughout the tenure of David Moyes, Everton appear to have solved their striking conundrum in the opening weeks of the Martinez reign, with Romelu Lukaku on track to burst through the twenty goal barrier. Pleasingly though the goals are coming from all over the pitch with Everton’s full backs in particular weighing in with their fair share of goals. Between them, Coleman, Baines and Oviedo have scored seven goals already this term and few would bet against that total growing in the remainder of the season.

If goals are important to win titles, then every Championship winning side is built on solid foundations at the back. At present, the Blues have not only kept more clean sheets than any other side in the league, but they also have the joint best defensive record in the Premier League with 15 goals conceded in the opening 16 matches.

Everton’s undoubted weakness is their lack of squad depth. The first choice eleven is a match for any team in the league, but whereas the other top teams can call on a squad of 20 to 22 top class players, Everton are more restricted in numbers, especially considering the long-term injuries to Arouna Kone and Darron Gibson. However the club and management appear determined not to use this as an excuse. Rather than bemoan the clubs lack of funds, Roberto Martinez has spoken positively of using the loan market to further the ambitions of the club, a route which has already been used to great effect this season with Gareth Barry, Gerard Deulofeu and Lukaku playing leading roles in the team’s progression.

Many pundits will continue to write off Everton chances, but with the Blues in inspirational form going into the Christmas period, they may be forced to change their archaic perception, that Everton are a team of hardworking grafters as this team of Roberto’s is the best since the 80s and we all know what happened then!!!

3 thoughts on “Why Everton can win the Premier League”