Our look back at the 1985-86 season continues with a disappointing loss to lowly Leicester City.

At the half-way mark of the league season Everton find themselves at a crossroads following Saturday’s shock home defeat to lowly Leicester, who completed the double over the champions following a 2-1 win. It was Everton’s 6th league defeat in the first half of the season and their 2nd loss at Goodison.

Once more Everton were hit by injuries and were missing Van Den Hauwe, Mountfield and Reid, all key players in last year’s title triumph. The makeshift Everton defence of Stevens, Pointon, Ratcliffe and Marshall never really coped with in-form Leicester striker Alan Smith although the Toffees led 1-0 at half-time through Kevin Richardson’s 1st goal of the season.

The second half was a different story however with a Gary McAllister penalty and an Alan Smith strike giving Leicester only a 5th league win this term. 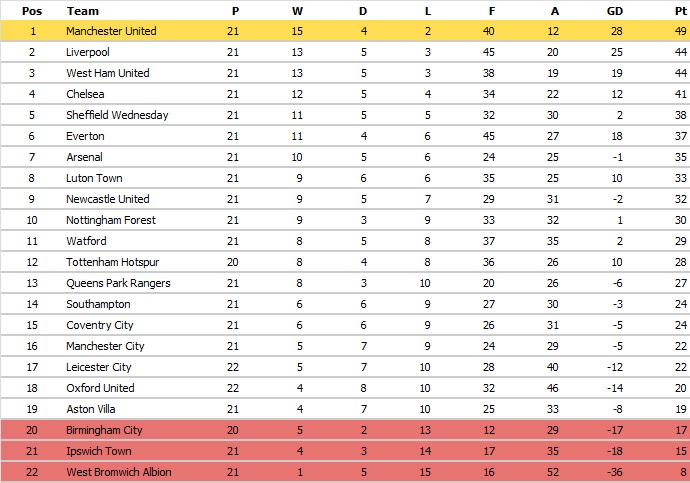 View all posts by Daniel Wood