Three young Everton players out on loan and looking to gain experience are making a positive impact as they look to boost their future prospects of a career at Goodison Park. Shane Duffy (21), John Lundstram (19) both at Yeovil and Luke Garbutt (20) at Colchester are all having a significant impact at their temporary clubs, producing a series of performances which have not gone unnoticed by Everton boss Roberto Martinez who is keeping a watchful eye on his young players. 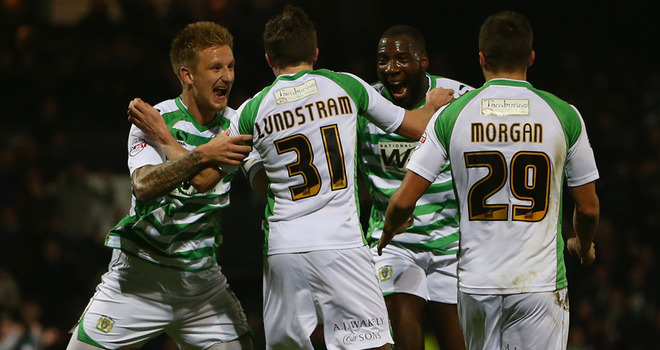 Central defender Duffy, who does have a handful of first team appearances for the Blues, is relishing regular football in the Championship and Martinez believes the experience he is gaining at Yeovil is invaluable.

“The Championship is exactly what Shane needed. He’s been performing at a real high standard.” Roberto Martinez speaking to Sky Sports

John Lundstram, a young midfielder with a big future, joined Duffy at Yeovil towards the end of November and has already made a huge difference to a Yeovil team that was struggling before his arrival. One goal and three impressive performances have seen the Glovers go unbeaten during his time in Somerset and Yeovil manager Gary Johnson is eager to extend his and Duffy’s stay at Huish Park.

“We have to talk and we have to agree in principle. They’re both on short-term loans at the moment. If we can keep them both, that’s ideally what we will do.

“We hope that we have created a good enough atmosphere with the lads and with Everton so that they will stay. Negotiations have already started.

“The two clubs are making contact because both clubs will have to know what their players are doing after Christmas.” Gary Johnson speaking to the Western Daily Press

Luke Garbutt, playing for Colchester in League One has also done much to impress Roberto Martinez and Garbutt’s standing at Goodison Park remains high. He is still seen by many as the long-term replacement for Leighton Baines, although the recent impact of Bryan Oviedo will have harmed his short-term hopes.

“The team and the Colchester manager are really pleased with his progress and I’ve been really happy with the way he has been adapting to what he has had to do for the team.

“He’s playing a really important role with Colchester. He has already got five yellow cards so that shows you he has been getting really stuck into his defensive duties.

“He’s been successful there and they’re pleased with him so there’s no reason not to extend.” Roberto Martinez speaking to Sky Sports

One thought on “Lundstram, Garbutt and Duffy impressing on loan”