It is very rare that one team possess so much fantastic young talent at one time, but in Ross Barkley, Gerard Deulofeu and Romelu Lukaku, Everton currently have three of the brightest talents in World football on their books. Evertonians should flock to Goodison to watch these precociously gifted footballers, because they all have the potential to be future Ballon d’Or contenders. 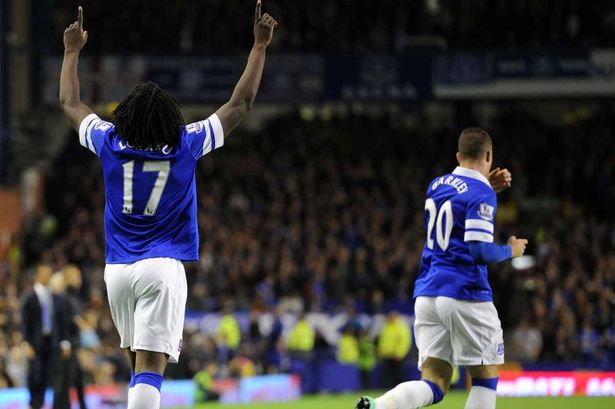 Deulofeu and Lukaku’s stay on Merseyside may be short-lived, with their current agreements expiring in the summer, but Roberto Martinez is using footballs loan system to its maximum potential, ensuring that Everton have an attack full of exuberant, skilful and exceptional football players. A week after Ross Barkley had stared in the Merseyside derby, Gerard Deulofeu stole the plaudits on Saturday, terrorising the Stoke City defence, scoring one and assisting two more as Goodison Park was treated to a glimpse of the next Messi. And then there is Romelu Lukaku, 8 goals in 8 Premier League starts for the Toffees, the Belgium striker has a hunger for scoring goals unmatched in the Premier League. If he is able to harness his potential, he has all the attributes to become one of the great centre forwards.

What makes the performances of these three all the more frightening is their relative inexperience. We are not talking about seasoned professionals who have matured and developed into top class players. Gerard Deulofeu is 19 years old, Ross Barkley turns 20 later this week and Romelu Lukaku is also only 20 years old. They are all young, they are all learning the game, but all are developing at a frightening pace. The World Cup in Brazil may come too soon for the three to be leading lights in Rio, but all have the potential to be the stars of the 2018 competition in Russia.