According to reports in Scotland, Roberto Martinez has lined up a £600,000 swoop for teenage sensation John Souttar. The 17-year-old Dundee United defender has taken the Scottish Premiership by storm this season and with a number of English clubs looking to capture the talented teen, Roberto Martinez is prepared to make his move to bring Souttar to Goodison Park. 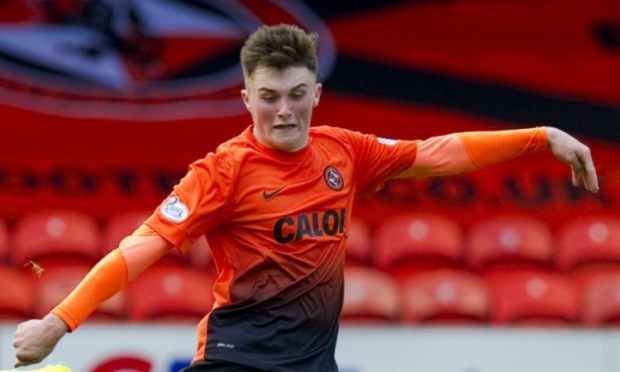 Everton sent chief scout, Kevin Reeves to watch Souttar in action at the weekend, and Reeves will have witnessed another assured display from the Scotland u19 international as Dundee United were seconds away from securing an unlikely 1-0 victory over Celtic, only to be denied by an injury time equaliser from Charlie Mulgrew.

Souttar bust onto the scene as a 16-year-old, making his debut just 99 days after his sixteenth birthday and in the process becoming Dundee United’s youngest ever defender. He is now established as first choice for the Tangerines, a position in cemented after playing an important role in last season’s Scottish Cup Semi Final also against Celtic.

With a host of English clubs registering an interest in signing the Dundee United prodigy, Martinez is keen to secure his signature and will in all likelihood loan him straight back to the Scottish Premiership to build on his experience. Sunderland did have an offer accepted last week, but after speaking to the Black Cats, Souttar decided to bide his time and wait for the right move. If Everton decide to make a move, it is understood that Merseyside would be Souttar’s preferred destination.