The Premier League is back after the international break, with Everton entertaining Hull City in a traditional 3pm Saturday afternoon kick-off at Goodison Park. Both teams have made a strong start to the season and will enter the game in good spirits and optimistic of securing something from the game. For Everton, that ambition will be nothing less than three points, with the players becoming increasingly confident of mounting a serious push for European football next season. 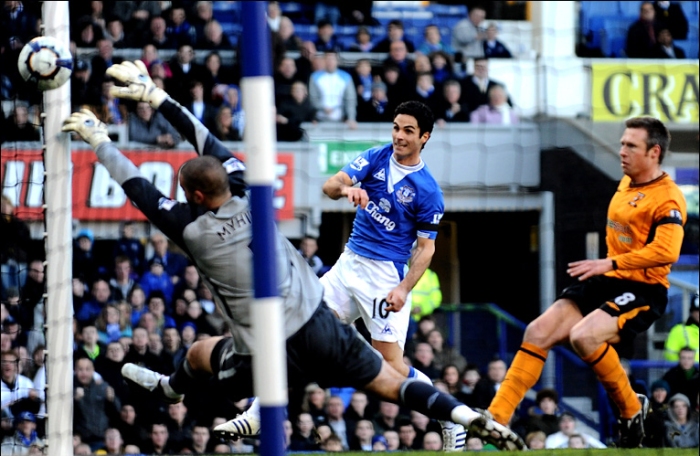 The defeat to Manchester City in Everton’s last Premier League fixture has done little to dampen the mood, with fans and supporter groups buoyed by the fantastic start Roberto Martinez has made to his Everton tenure. The transition from David Moyes’ very methodical approach, to the increased creativity preferred by Martinez has been seamless and the progression has been more rapid than anyone could have realistically hoped for. The strength in-depth has brought a genuine competitive edge to the playing squad, with players who had become comfortable, now fighting for their position in the team. Very few players, could argue to be a certain pick, with able deputies now available in every position.

The increased depth will be demonstrated on Saturday, with Martinez able to cover the long-term absence of Darron Gibson with three international players in midfield. Everton have a lovely balance in midfield at present. Gareth Barry provides excellent cover in front of the back four, ably supported by James McCarthy, the young Irishman’s effervescent energy enables him to cover significant ground and he offers a link between Barry and the more attack minded players. Ross Barkley has been a revelation, removing Everton’s reliance on the wide players to offer creativity and has developed an excellent understanding with Romelu Lukaku in attack.

Aside from the injury to Gibson, all the international players have returned with a clean bill of health. Unfortunately this game has come too early for Steven Pienaar and Antolin Alcaraz, but both players are now back in training and working their way back to full match fitness. The main decision for Martinez will be who to play wide on the left, with Leon Osman, Gerard Deulofeu and Steven Naismith competing for the starting position. Naismith enjoyed a good week for Scotland and scored the second goal in his country’s 2-0 win over Croatia in midweek. Deulofeu has shown recent signs that he is adapting to the demands of the Premier League and Martinez must be tempted to push him into the limelight. The most realisitic choice will be Leon Osman, who has shown signs in the last couple of games of finding his form, particularly against Newcastle, where he enjoyed a very bright opening 45 minutes.

With very little footage available of Everton-Hull matches and with EvertonTV covering the most recent games on the official site, we have instead looked back at a famous goal scored exactly 11 years ago tomorrow (19th October).