Gerard Deulofeu, the on loan Barcelona starlet, has used the international break to reflect on his first couple of months with Everton. Speaking to Spanish Newspaper Mundo Deportivo, Deulofeu is full of praise for Everton, the style of play and Roberto Martinez. 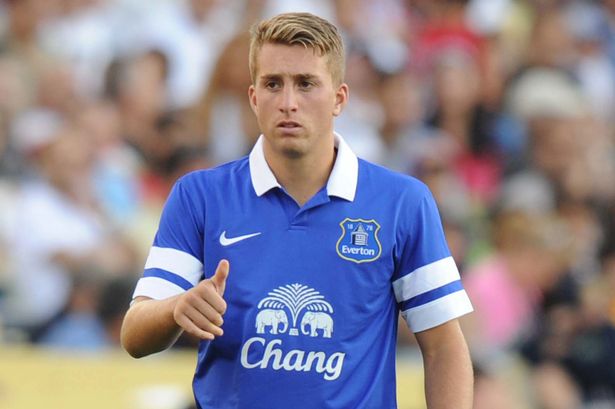 “Everyone said playing for Everton would be so different to playing for Barça but I have not really noticed it.

“Everton want to play passing football; the only difference is that Barcelona is the best team in the world.”

Roberto Martinez has used Deulofeu sparingly in the open few games of the season, but the manager has used various media outlets to suggest that he is expecting big things from the Spain u21 international, particularly in the second half of the season. The respect between the two is mutual, with Deulofeu acknowledging the need to develop his game.

“The coach has shown a lot of confidence in me right from the start. He has told me I have to improve defensively and in my decision making going forward.”

The quality within the Premier League often receives criticism in mainland Europe, but Deulofeu has noticed very little difference between La Liga and the English domestic competition.

“One game sticks in my head. It was against Chelsea and I came on and got kicked in the ankle straight away. I think I had only been on the pitch for three minutes.

“But being in the Premier League is a great experience. The atmosphere in the stadiums is great and every game is competitive.’

“I miss Spain a bit but I’m happy there and am adapting little by little. Working day-to-day is rewarding. Every game in the Premier League is very special. Of course there are differences with the Spanish league but it’s also just football.”