Goodison Park is one of the most historical and atmospheric grounds in England, with the Evertonians able to generate a terrific noise in support of the Blues. However, in recent seasons, the famous Goodison roar has gone quiet, with a number of regular attenders at Goodison Park criticising the lack of atmosphere inside the ground. 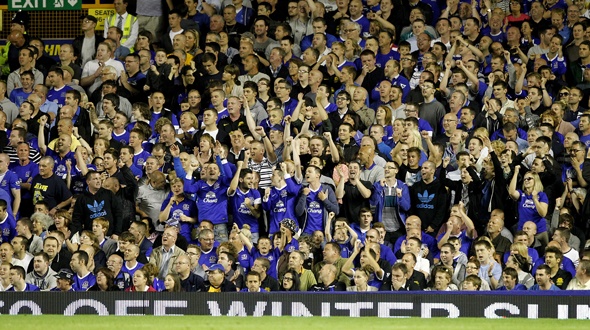 Certainly in the later years of the David Moyes era, it would require either a poor refereeing decision, or an inspirational performance from the Blues to fire the supporters up. At times even this wasn’t enough, with the shouts of the players audible from the stands. Whether it be the change of manager, or the more exciting style of play, the Goodison roar would appear to be back. Several players have commented on the brilliant atmosphere inside Goodison this season, with players including Barcelona loanee Gerard Deulofeu, a player who has performed in front of 90,000 supporters in the Camp Nou, eulogizing about the support the team receive.

“The fans are spectacular… When there is a corner it sounds like the end of the world.” Gerard Deulofeu

“The atmosphere was different class. As a kid you dream about playing in front of big crowds at places like this. The fans got right behind the team and they were brilliant.” James McCarthy

“I’ve said all week that I had been looking forward to being on the right side of fans,” Barry said. “They are the 12th man and to have them on our side made the difference in the end. It was brilliant and hopefully that can continue all season.

“There was a fantastic atmosphere out there. These night games at Goodison always have a great atmosphere and the boys put in a great shift and thoroughly deserved the three points.” Gareth Barry

So what is the reason for the return of the atmosphere at Goodison? Is it the new manager and his more attacking style of play? Is it a quirk of the fixture list and three out of four home matches taking place in the evening under the Goodison floodlights?

Do you think the improved atmosphere is here to stay? What are your thoughts? Have you noticed an improvement in the noise inside Goodison this season?

6 thoughts on “Why has the Goodison atmosphere improved under Martinez?”