Everton look to continue their unbeaten start to the season with a trip to Craven Cottage in the 3rd Round of the Capital One Cup. Fulham provide the opposition as Roberto Martinez and his team return to London for the second time in 4 days. 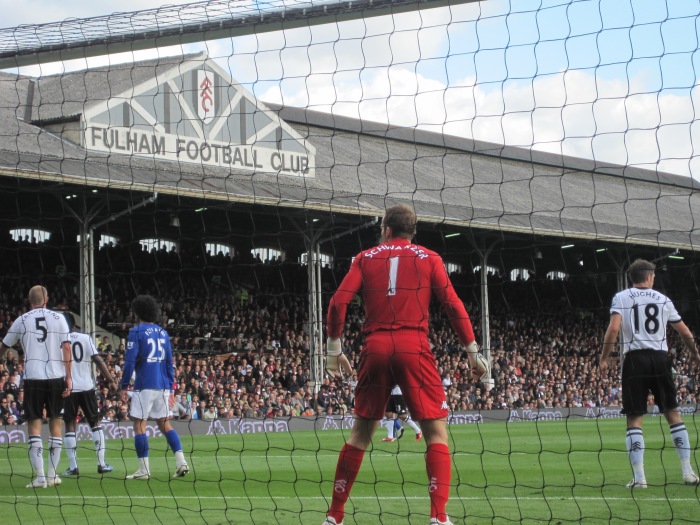 The Blues record on the banks of the Themes has improved in recent years, with just one defeat in their last five visits. Last year’s league encounter ended in a 2-2 draw, with former Toffee, Marouane Fellaini netting both goals for Everton. A similar result on Tuesday would lead to extra time, which both teams required to progress to this stage of the competition, Fulham going the distance to defeat Burton Albion on spot kicks and Everton requiring additional time to see off Stevenage, Fellaini scoring the decisive goal, just days before he completed his protracted move to Manchester United.

Despite Everton’s proud history, the club have never won the League Cup under its many guises. It would be a fantastic coup for Martinez if he was to lead his new club to glory at Wembley in February. The closest Everton have come to winning the competition was a defeat to Liverpool in 1984, and although that loss caused severe heartbreak at the time, it turned out to be the ignition that propelled the Blues to the most successful spell in their 135 year existence.

Martinez will have a strong squad to choose from and is faced with a difficult dilemma, should he rest his first choice players or go all out for victory. The likely outcome is somewhere in the middle, but with the next Premier League game 6 days away, the Blues will have plenty of opportunity for rest and recuperation.

Leon Osman is almost certainly out after picking up a muscle injury with a scan on his damaged leg scheduled for this week. Antolin Alcaraz is still missing, but Arouna Kone and Darron Gibson are back in contention for a starting spot. Gibson will be competing with Barry and McCarthy for a place in the Everton midfield, with Kone likely to take a place on the Everton bench. One player likely to be involved from the beginning is Gerard Deulofeu, the Spanish star taking over from Naismith and Oviedo in the starting eleven. John Stones, Tony Hibbert and Johnny Heitinga will provide competition across the back line with Joel playing in-goal and allowing Tim Howard a rest between the sticks.

Our video footage this week comes from an FA Cup 4th Round tie between the two sides in January 2012. The Blues fell behind to an early penalty but struck back with goals from Dennis Stracqualursi and Marouane Fellaini. Fingers crossed for a similar result tonight.