Our new contributor “Cookie” is back with his second opinion piece on Everton. His first article weighing up the merits of a billionaire takeover started quite a debate. This time he reflects on the evolutionary process underway at Goodison and without big money to speed the process up, calls for time. 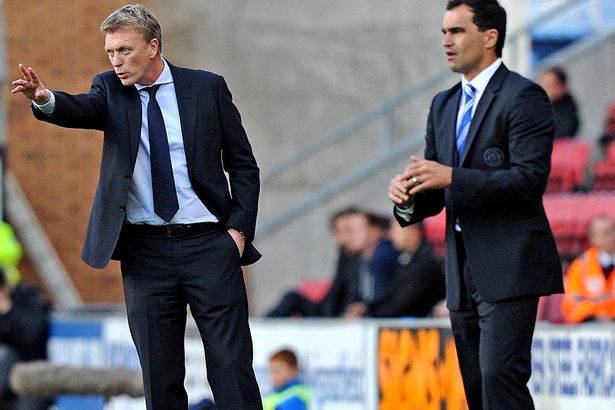 Following the match yesterday I drove the four hours back to London where I work, got to bed at around 3am and was astounded that I responded to the alarm clock at 5am. After making it to my office just after 7am I then embarked on my normal quest for Everton news and fired up my twitter account. I’m not sure if it was the tiredness but I was confused about how I felt about the match. Part of me was really annoyed that we had to go through the added half an hour whilst the other part of me was pleased that in that thirty minute’s we actually played like a decent team.

Sure I was frustrated that we had what seemed like so much procession and appeared clueless when it came to end product. I remember shaking my head and thinking that the side looked like it was the first day back of pre-season. It would be easy to single players out for substandard performances but that would be unfair. I then reflected, drank some more coffee and came to the conclusion that we won the match and were in the draw (I hadn’t realised at the time the draw had long since taken place and we were off to Fulham).

I replied to a tweet discussing the “evolution” process that we are going through commenting that “the process of evolution is a tricky process and even Mother Nature makes the odd cock-up”. What I mean by that is not every stage is pretty; in fact sometimes it’s ugly.  In the same way as natural selection works the weak or those not part of the vision are discarded or replaced.

Focusing on Everton its clear to me that without major investment our evolutionary process may take some time and many of the current team will have to make way if the “vision” is to be realised. There was and has been evidence that suggests that things are changing. Putting brackets round (Baines and Fellaini) we have the emergence of some real footballers, Coleman, Mirallas, Barkley, Stones among other who can really play. We have a manager, that I believe has a real sense of what he wants to achieve, he is still a young man and  I fully expect him to become a great manager.

I think what I am saying is what we all know, our team has to change if it is to really challenge in the future.  Some would say that the team has finished there or there about for the last few years and didn’t need much doing to it, but I disagree. We are going to lose players, some are getting a little grey at the temples and the wider squad is, as we saw last night, weak.

Without the millions in the bank that other clubs have, we will have to rely on selecting players with a desire to play football and that is not going to be easy. It will however, in my humble opinion, become much easier to attract bright young hopefuls if we develop a reputation for playing high quality football.

So in conclusion, yes it was mostly ugly last night, but through the equivalent of beer goggles our Everton did show signs of becoming quite a looker.

View all posts by Paul