With less than a week to go until the transfer window closes, Everton are reported to have formalised their interest in Wigan Athletic midfielder James McCarthy. 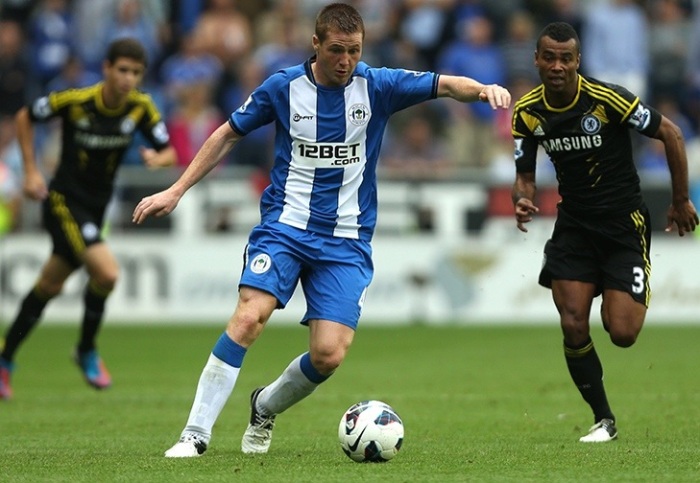 Reports and rumours, which appear to have come from Sky Sports News suggest that both Everton and Newcastle United have contacted Wigan to formalise their interest in the Republic of Ireland international.

Earlier in the summer it had been suggested that Wigan chairman, Dave Whelan, valued McCarthy at £20 million. That stance appears to have softened with rumours suggesting a bid of between £10 million and £12 million would be enough to secure the signature of the 22-year-old.

Lets us know your views on the possibility of signing McCarthy? Is he the man for Everton?

One thought on “Have Everton stepped up McCarthy interest?”