Manchester United have had a pitiful bid of £28 million for Marouane Fellaini and Leighton Baines rejected. 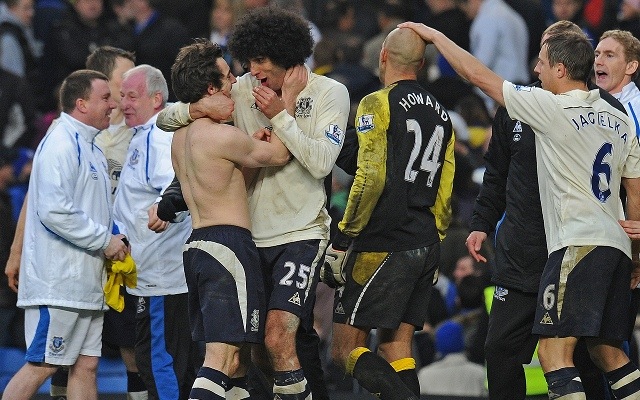 Baines and Fellaini are key to Everton this season; they will play a major part if we want to achieve European Football.

It is reported that the bids are valued as followed…
Fellaini- £16 million
Baines- £12 million.

A lot of Everton fans find this insulting. Does Moyes think that because he was their previous manager that, this will encourage them to join regardless of the price tag? I really hope not.

Also i think that Martinez has realized that the two of them will be crucial to the blues this season as this is the second bid he has rejected from Manchester United.

I now wish that the club will come out and and restore faith in the fans by simply saying that, “They are not for sale.” Up to now i think the club has dealt with this extremely well, and so have the players, no inconvenient and sudden ‘injuries’ and they have both kept quiet, not upsetting the fans or the other players.

So blues tell me what you think would be a reasonable price? Or would you not sell them at all?

8 thoughts on “At what price would you sell?”