The title sounded crazy even to me when I first wrote it. Imagine having the resources to contend with Manchester United and alike for just about every highly rated Spanish or Italian superstar. Or maybe planning the construction of super high-tech stadium and naming it “Dixie”. 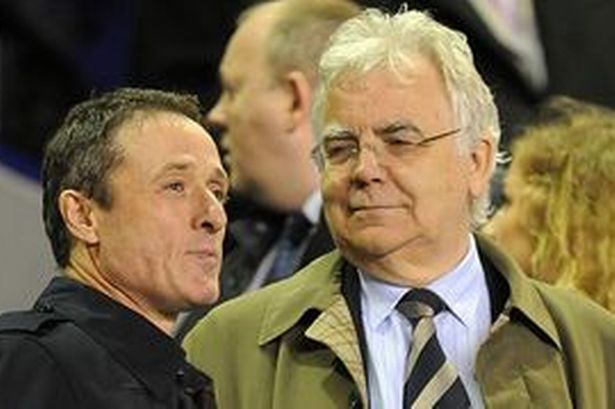 After all just look at all those success stories we see like Chelsea with Abramovich, Manchester City with Sheikh Mansour and the aforementioned Manchester United with Malcolm Glazer all of which we will take a closer look at later. However paraphrasing Newton’s laws of motion about force having an equal but opposite reaction its worth remembering that not every football takeover is a success story. Let us consider what a brilliant job has been done by the likes of Bernie Ecclestone for QPR, Munto Finance offering a moments false hope to Notts County and worse still is the litany of “super rich” owners that have left poor old Pompey languishing in the lower tiers of English football.

I don’t claim to be an expert on either football finance or football in general, my views are that of both a supporter and lifelong fan. This means of course that I am bias in my opinion when I talk about the club I love and cherish but I am of the opinion that I do not want our club to fall into the hand of a random billionaire and I believe that may other Evertonians feel the same. Why? You may well ask and you’d be right to do so.

Most of us are familiar with the concept of risk and reward (especially those amongst us who have paid for William Hills holidays with our pre match betting ritual) or in other words “what am I prepared to sacrifice if it all goes wrong “. For me the risk of losing our long tradition of being the “Peoples Club” is one I would not willingly take without a great deal of due diligence. Even then the mechanism by which we evaluate an individual’s credibility or worthiness to take ownership of a football club is flawed. You may well have the money and the proven business track record but unless a potential suitor applies good business sense to his/her investment and avoids suddenly thinking they know how to pick a team or appoint a manager then the result could be catastrophic failure.

I said we’d go back to the so-called successful stories of Manchester United/City and Chelsea. True enough they have more cups, medals and titles than I could possibly be bothered to research. They have more commercial leverage than is decent and will no doubt be contending for the top spot for some time to come. Just to rub it in a bit more I doubt they will take the slightest bit of notice of Michel Platini’s Financial Fair Play (FFP) project if it ever gets off the ground. So what’s my point…?

My point is what have they sacrificed for their success? We saw the reaction to the change in the Everton crest recently and speaking as a professional marketer nobody at the club would have forecast such a backlash. The loss of “Nil Satis Nisi Optimum” or “nothing but the best is good enough” caused outrage at so many levels because for many Evertonians it sums up our entire philosophy and that philosophy has to be protected if not by the club then by the fans. I wonder just how “in touch” United fans really feel with their club. For all their great wealth they have debts of £307m and it’s no wonder it’s a source of anger among fans since the Glazer family bought United.

The Chelsea and City story is somewhat different, both fall foul of FFP, with both teams having completely unsustainable wage bills, both have tinkering owners or player discord filling the back pages of the papers. I wonder just how many of their fans would remain should Abramovich or Sheikh Mansour decide to lose interest?

I want us to sign great players but I also want room for our own developed talent like Barkley. I would have hated to see players like Osman or Hibbert passed over for an import. They may not be the most charismatic of players but they carry with them our heart and our passion. Our academy is arguably our greatest asset and represents real hope for the future of the football club and keeping a place for graduating players is essential, something that a rich oil Sheik just wouldn’t have the patience for. We want a manager who understands the game and is given freedom to explore his vision without owner interference. We want to wake up each morning and find our club recognisable and familiar. If that means we get success through hard work and perseverance and not by selling our soul then so be it. After all, despite John W. Henry’s millions we still finished last season above that team in Red.

I am not opposed to investment and I know that the current chairman has probably scoured the Globe looking for a rich Evertonian, maybe he met a few when in the US recently. Unfortunately genuine investment is rare. Finding an altruistic investor would be the Holy Grail but I’m sure there is a compromise. Like most I have no answers, just opinions and more importantly an emotional connection to the club that I have always supported. Now at the age of fifty I guess I’m even more reticent about change. I do know however that whatever the future holds for the club, I do want it to remain a football club that is truly an expression of the people who support it and not a manufactured concession or franchise outlet for some anonymous business.

If you are reading this you are likely to be an Evertonian and if you are and you have a spare billion under your mattress do the decent thing would you.

View all posts by Paul

23 thoughts on “Would you really want a big money takeover at Everton?”