Everton’s pre-season campaign will step up a gear on Saturday, with the Blues making the short trip to Lancashire to face Blackburn Rovers. Evertonians have always enjoyed a trip to Ewood Park, travelling in large numbers to support the Blues and Saturday will be no different, with over 4000 tickets sold in advance of the game. 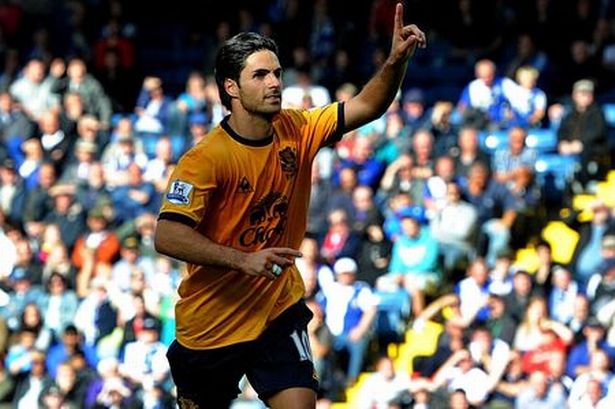 Everton have a good recent record at Blackburn, but with the 1995 Champions now playing in the Championship, and therefore unless they draw each other in the cup, this will be the only matchup between the teams this season. The last time the two teams played at Ewood Park was at the very beginning of the 2011-12 season, with Mikel Arteta scoring a late winner, in what turned out to be the popular Spaniards final game for the club.

Saturday’s match will be the final game before the players fly out to the USA and Roberto Martinez has been quick to emphasise that he expects the quality to increase, as the squad get more playing time. Speaking to evertontv, Martinez explained what he hoped to get out of the trip to Ewood Park.

“It is a very good exercise for us, they’ve got a lot of players and are in a similar position to us where they are working towards the start of the season.

“Ewood Park is always a terrific playing surface and that’s going to make it a very good exercise for both sides.

“We hope for a day with no injuries and a real success for the targets of both clubs.”

Roberto Martinez will have an almost full squad to choose from, with all players now back in training at Finch Farm. Leighton Baines is rumoured to miss out with a slight niggle and although Gerard Deulofeu will travel, he is unlikely to figure having only arrived in the UK on Thursday. Arouna Kone is expected to start in an Everton shirt for the first time, with fellow striker, Nikica Jelavic looking for his first outing of the summer.

It is anticipated that Tim Howard will play the full 90 minutes after Joel played in each of the first two games. Howard will have mixed memories of Blackburn, with a catastrophic mistake by the American keeper costing a highly fancied Everton team the game in the opening fixture of the 2010-11 season.