Roberto Martinez is continuing his recruitment drive at pace, with reports in Spain suggesting that Spanish winger Gerard Deulofeu is set to complete a transfer to Everton in the next 24 hours. 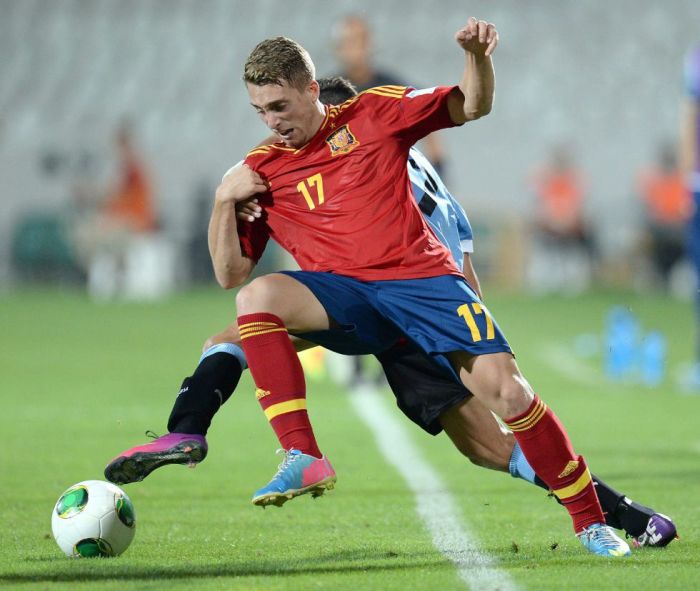 Spanish Media giant AS are running the story, confirming that the agent of Barcelona and Spain u20 superstar Gerard Deulofeu is currently in Liverpool to tie up the formalities of the deal. The talented and pacey winger would add a spark to the Everton attack and would be the 4th player to sign for the Blues in the last 48 hours. The terms of the deal are currently unknown, but it is likely to be a one year loan deal, with little option to make the move permanent, however it would be an excellent opportunity to increase the profile of the club in Spain and could lead to further deals between the clubs in the future.