Everton’s pre-season steps up a level this week with the return of the international players and the first overseas trip of the Roberto Martinez era. The Everton squad are set to fly out to Austria for warm weather training with two new signings on board, with Arouna Kone and Antolin Alcaraz finally set to put pen to paper and complete their protracted transfers to the Blues. 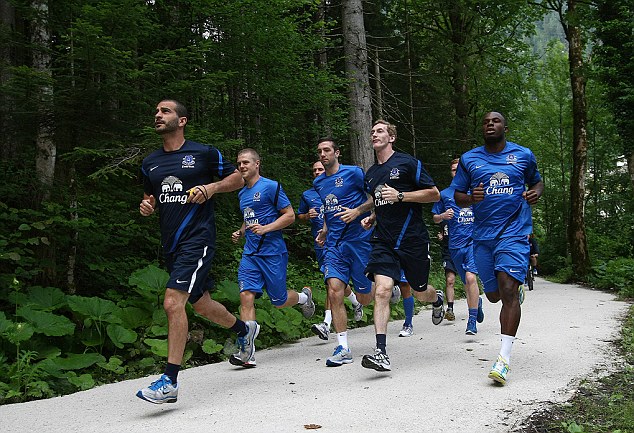 Alcaraz has been keen to join Everton throughout the summer, but the deal has been delayed while the Blues resolved one or two contractual issues and applied for a work permit. It is believed all is now resolved and the Paraguayan defender will be looking to make an impression on the Everton squad and prove his fitness levels ahead of the new season.

Arouna Kone will cost Everton £5 million as previously reported, with Everton seeing off rival bids from Newcastle and Swansea to secure his signature. Kone has now completed his medical and if all goes to plan will be unveiled alongside his former Wigan team mate before the Blues get on the plane.

Everton face a busy and exciting pre-season programme with 7 first team fixtures confirmed. The Blues first action will be on Sunday when Roberto Martinez leads Everton for the first time against Austria Vienna. The Toffees then face away fixtures against Accrington Stanley and Blackburn Rovers before jetting off to America for the International Champions Cup. Everton are guaranteed to play three fixtures in the States, with Italian Champions Juventus fist up, before a possible semi final against Real Madrid or LA Galaxy. The Blues then face one of four possible opponents, in Chelsea, Valencia, Inter Milan or AC Milan. The Pre-Season campaign is completed with a home fixture against Real Betis, the Spaniards finished seventh in La Liga last season and will provide a stern test ahead of the new Premier League season.

Let us know which games you are intending to attend and your expectations for the season ahead.