It has certainly been an eventful two days for Everton Football Club, with the reveal of the new home kit for the 2013-14 season coming the day after the clubs first general meeting in five years and most importantly the day after Leighton Baines declared his ongoing commitment to the Blues. 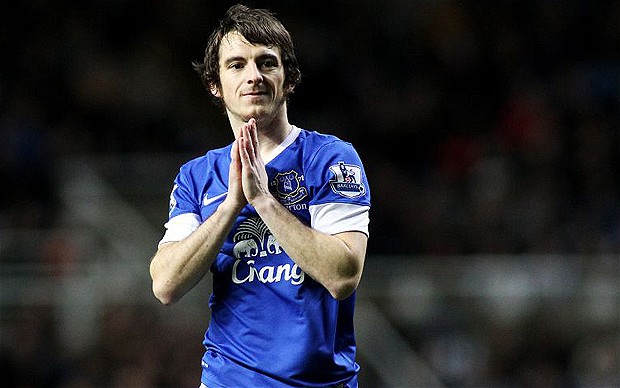 I am sure I am not alone in recognising Leighton Baines as the most important player among the Everton squad. His ability both in defence and attack, ensure he is an integral part of the Everton set-up and his inclusion in the PFA team of the year for the last two years, further promotes his credentials as the best left back in the Premier League. If Everton were to lose the services of Baines, they would find it almost impossible to recruit a player of a similar level and standard and immediately the strength of the Everton team would be diminished.

Therefore the interview recorded by evertontv, where Leighton Baines revealed his intention to be a part of the Roberto Martinez revolution, is possibly the best news of the summer so far.

“He’s got a different style than the one we’ve been used to in [terms] of his play, but I think it’s progressive and it will move us forward.

“We’ve got good players here at the Club who could probably execute the style of play better than the players he’s worked with before, without being disrespectful to them, and I think it’s exciting for the players as well to be able to try that now.

”We’ve got time to work on it and it’s great that the appointment’s been made early. Whether it’s just a different style of play or whether the formation’s going to change, we’ve got plenty of time to work on the training ground, we’ll be in morning and afternoons, so by the time we kick the first ball of the season we’ll be well versed in whatever it is he wants us to do.

“Anyone you speak to only says great things about him, as a manager and as a person as well, so that’s all positive. It’s exciting times now for him and for us to start looking forward to working with each other.”

The news that Baines intends to continue his love-affair with the Blues, has somewhat been overshadowed by the club’s first general meeting in 5 years. The event has received significant press coverage and rightly so, with the EGM grabbing the attention of the media. Talk of ground moves, player signings and the reinstatement of Annual General Meetings have been devoured by the Everton public, but the best news of the last 48 hours, is that Leighton Baines see’s his future at Everton and is eagerly awaiting the opportunity to begin working with the new man at the helm, Roberto Martinez.