Despite the recent change in manager, Everton have continued to be linked with Leroy Fer, with recent reports suggesting that Roberto Martinez has given the go ahead to pursue a successful conclusion to the transfer negotiations. 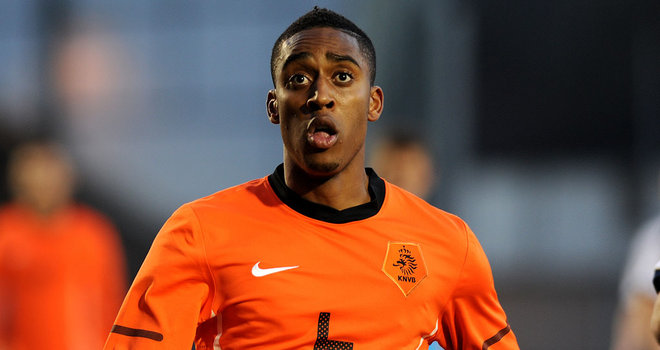 When Leroy Fer was first mentioned as a transfer target for the Blues in January 2013, he certainly attracted the imagination of the Evertonians, who were university disappointed when the deal fell through due to an on-going knee injury resulting in a failed medical examination.

The £8.4m transfer fee, agreed between Everton and FC Twente was seen as too big a gamble at the time, and the always cautious David Moyes, pulled the plug on the deal, choosing to focus on alternative deals, with ultimately proved fruitless. This lead to a number of leading commentators highlighting Everton’s inability to strengthen during the January transfer window as one of the key reasons the Blues failed to push on and claim a place in one of the two European competitions next season. But one question remains, just how good is Leroy Fer?

The YouTube compilations put together by the followers of FC Twente, certainly make him out to be a top player. At 6 feet 2 inches tall, he is an imposing presence in any midfield; he has an athletic build, much in the same way as Yaya Toure, and has an eye for a goal, as highlighted by his two goals so far in the recent European U21 competition. However, despite having played for the Full Netherlands team, he has failed to establish himself as part of that set-up, and due to the riches of talent available at U21 level, has found himself on the substitute’s bench throughout the tournament.

An article by European Football Correspondent John Dobson from the “In Bed with Maradona” blog paints an interesting picture on Leroy Fer. Written 12 months ago, the article describes Fer as a solid but unspectacular player, a “c plus”.

Will he (Fer) be a tidy, consistent, and powerful internationally capped midfielder with a decent club career and a move to one of Europe’s ‘big three’ leagues at some point in his career?

You see sometimes we expect the exceptional and forget just how difficult that is to obtain. We want fireworks and headlines and excellence when there’s nothing wrong with just being good at what you’re paid to do on the football pitch. Leroy Fer, or to call him by his nickname – the bouncer, is in the team to do some of the heavy-lifting, to do the straight-forward jobs to the best of his ability, chip in with the odd goal and let others try the exuberant. That’s not to say he doesn’t enjoy a flash of bravado himself, witness his brilliant Panenka against NEC in August for proof, but he does the simple things really well and we sometimes forget that can be the hardest job of all.

But we’d clarify that by saying he’s the type of consistent, reliable, powerful player who would fit in anywhere in the Premier League, or the Bundesliga or La Liga for that matter.

The move will come eventually and we see him as he is now to be honest, a key player at a Europa League level club or one of the Champions League qualifiers. That should in no way downplay the talent or career and will represent better than probably 50 to 60% of what this list will achieve over a decade in the game. The C+ mark is representative of taking a new challenge and running with it, having a great season and continuing to progress.

In contrast, his former manager, and ex England boss Steve McClaren believes Fer to be an exceptional talent and would be a “perfect fit” for the Premier League. McClaren attributes the collapse of the Fer deal as a contributing factor to his own downfall in Holland.

Speaking to Yahoo! Sport McClaren explained: “I think one of the main reasons Twente and I were on a little bit of a dip in February, and resulted in me leaving, was because we were selling one of the players who I thought was perfect for the Premier League, Leroy Fer.

“That fell through for medical reasons and it was a hindrance to us because he was very disappointed not to get the move and that had a big impact on our team.”

The jury therefore remains out on Fer. If the reports are true and Martinez believes him to be a perfect fit for his Everton midfield, then that for now is enough for me. Everton certainly missed a box to box midfielder last season, someone who was able to grab hold of the game, when Everton’s plan A had failed to bear fruit. The current midfielders at Everton fit into two camps. The defensive deep lying player, Gibson and at times Fellaini, or the more attack minded, creative influence, Pienaar , Osman and Barkley. There is certainly a gap for a player of the calibre of Leroy Fer and Everton will almost certainly purchase an additional midfield player. We must now wait to see what Martinez and the Everton board are able to facilitate during the summer transfer window and whether the new manager’s preference is for the power of Fer, or the more athletic box to box running offered by Wigan Athletic’s James McCarthy.

2 thoughts on “How good is Leroy Fer?”