With sixth place and over £10m in prize money already secured, Everton took to the field at Stamford Bridge in David Moyes’ final game with what appeared very little to play for. The game ended in defeat, but the Blues produced a spirited performance that epitomized much of the season in 90 minutes. At times the football was free flowing, but chances went begging, and two poorly conceded goals, left Everton with nothing tangible to show for their efforts. 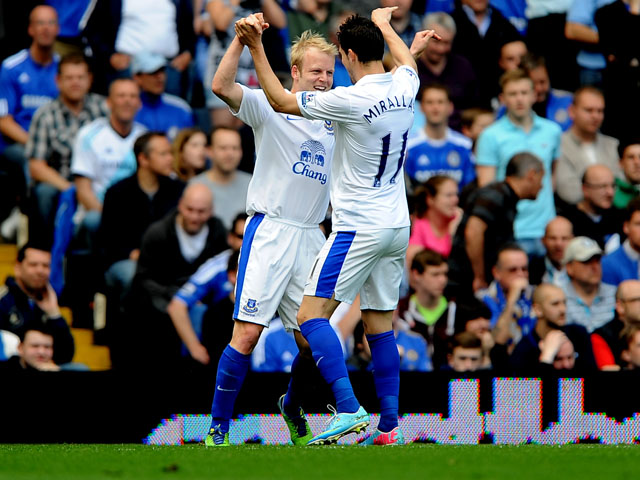 However, now is not the time to reflect and look back. Instead, Everton must move forward with a positive approach to a hugely significant period in the club’s history. Any change of management represents a significant upheaval, but with David Moyes ending his 11 seasons in charge of the club, much of Everton bears the mark of his influence. The new manager, whoever that maybe, faces a challenge to stamp their authority on the team, with the most difficult of challenges, changing Everton from nearly men, to winners. Tottenham Hotspur perfectly demonstrate how difficult that can be. Hundred of millions spent on a team, which contains a genuine world star, yet Spurs found themselves again looking in from the outside, as they firmly bumped their heads on the Champions League glass ceiling for the second season in succession.

The new manager will inherit an excellent squad, with huge potential, even if several key players are on the wrong side of their careers. The resale value of a number of international stars, should ensure the next man in the Goodison hot-seat has the resources to fund a re-building of the team should he wish. Fellaini remains a class act, but is the most likely big money departure in the summer. If he is to leave for a fee reportedly in the region of £25m, that money must be used effectively to galvanize the Blues for another push for a top 4 finish.

A key task for the new manager will be to find goals in his strike force. Jelavic is desperate for an injection of confidence, his season would have ended with a bang, had he been able to direct a Baines cross into the corner of the net, but the ball instead, missed the far post by inches. He also had a good headed opportunity, excellent saved by the imperious Cech in the Chelsea goal. Those chances for Jelavic sandwiched Chelsea’s winner, with Torres finishing clinically after a Victor Moses headed the ball perfectly into his path. The quality of finishing clearly demonstrated the gulf Everton need to overcome if they are to make the next step in their development.

So with the season at an end, it is over to Bill Kenwright and the board to ensure they make the correct appointment in what promises to be the biggest decision made at the club since David Moyes followed Walter Smith through the door in March 2002.