The news that the majority of Evertonians feared was confirmed this week, when David Moyes revealed his intention to leave Everton at the end of the season and take up the vacant managers position at Manchester United. The news has hit me hard, as I have struggled to come to terms with the feeling of loss and disappointment. Sunday promises to be an emotional occasion, as David Moyes leads Everton out at Goodison for the final time. 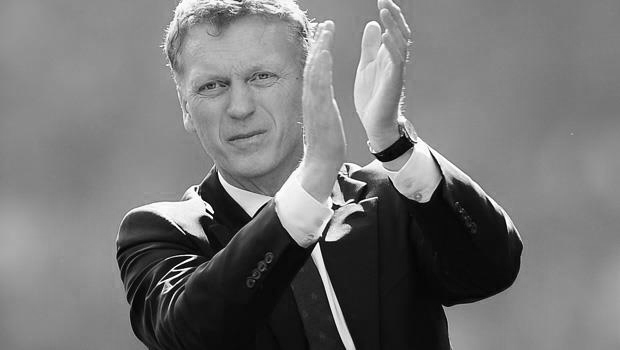 After 11 years in charge of the Blues, generations of supporters have known nothing other that a David Moyes inspired Everton. And although I was fortunate to enjoy the glory years of the 80’s (I was seven when we won the first of the two Championships), for me, my most enjoyable time as an Evertonian have been the last decade, as I watched David Moyes drag Everton from the gutter and made me incredibly proud to be a Blue again.

Everton may have failed to win a trophy during Moyes reign, but he has delivered a team which play with passion and demonstrate a great affinity with the shirt. He demands so much from his players and he ensures the players know what it means to be an Evertonian. In an era when football has become all about the money, Moyes has rebuilt a football club from top to bottom, with very little in the way of financial resources. Everton’s net spend in his time at the club is just below the £16m mark. In contrast, Tottenham and Liverpool have a net spend in excess of £170m for the same period, where as Manchester City and Chelsea have both smashed through the £500m mark. Moyes has done it the proper way. Cleverly working the transfer market, picking up players with potential from the lower leagues and making the most of his time on the training pitch, developing players and molding them into top class footballers, many of whom have gone on to collect international recognition.

The team David Moyes leaves behind have become a fabulous footballing side, full of attacking intent. This is typified no more than at full back, with both Leighton Baines and Seamus Coleman offering excellent attacking options from either flank. The one frustration, and most probably the reason silver wear hasn’t arrived at Goodison during his tenure, has been his ability to find a Centre Forward to deliver regular goals. Yakubu and Jelavic threatened to break that mold, but injury and a loss of confidence ultimately meant both dropped out of favour.

If the style of play has developed over the 11 years, one thing that has remained consistent has been his ability to win when Everton have needed it most. Rarely have Everton endured back to back defeats during his time as manager and although the Blues have struggled to win against the big teams away from home, there have been regular victories at Goodison to enjoy.

Moyes also brought about a return to European football, with qualification in 4 seasons out of 5 during the middle of his reign. Some of my most memorable moments have involved travelling to Europe to watch Everton play, with a trip to Nuremberg the pinnacle, and I sure that trip will remain unforgettable to every Evertonian who made the journey to Germany.

He certainly leaves the club in a strong place and whoever takes over the reigns will be in an enviable position to push Everton forwards and towards the Champions League. The first team squad is full of quality, if a little short on numbers, and with the likely departure of Fellaini in the summer, the new manager will have financial resources available to take Everton even stronger.

I look forward to Sunday’s match with West Ham with trepidation. Not at the prospect of defeat, but knowing that Sunday will be last time David Moyes is manager of Everton at Goodison Park. Three points is a necessity, hopefully it will be delivered in style and then Moyes and one or two others can enjoy the send off they deserve.

Thanks for the memories, I for one will miss David Moyes and to me, it has been the most enjoyable 11 years.