Phil Neville has become the first Everton player to break rank and speak openly about the disastrous performance in the Weekends FA Cup defeat to Wigan Athletic. 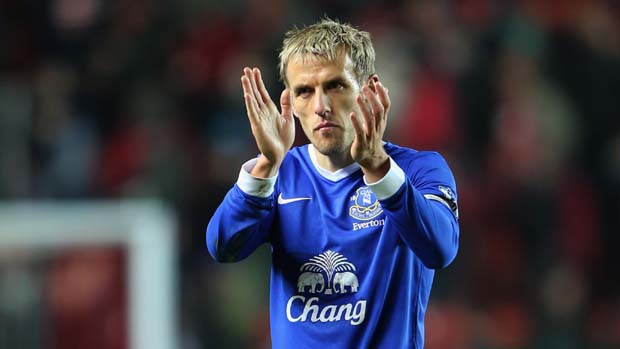 In an interview for Sky Sports, Neville remains determined that the players will respond and look to deliver European football next season. If that is to be achieved the Blues must now finish in the top 5 in the Premier League, with two Europa League spots not destined for the winners/runners up of this seasons domestic cup competitions.

“We can’t hide away from the fact that we have to take our medicine now, take the criticism that comes our way. We really felt this was going to be our year in the FA Cup but we were beaten on the day by a team that was better than us.

“Sometimes you can lose cup ties and you can be unlucky, but there was no unlucky about it on Saturday, we were well and truly beaten and we need to put that right. We have got two months left in the season and we have to bounce back and get a reaction. That’s what the manager wants and I’m confident in the group of players that I share a dressing room with that we will do that.”